Social Cost of Carbon: A Case for Energy Storage and Renewables

How do the Current Social Cost of Carbon Methodologies Provide a Skewed Perspective in Evaluating Renewables?

It is no mystery that climate change is the most significant problem our society must overcome. Further, the need to eliminate carbon emissions from the energy sector remains among the most critical components to mitigating the impacts of the climate crisis

However, the collective will to improve sustainability and tackle climate change head-on is not always enough to motivate individuals or organizations. The reality is that many decisions about energy come down to simple dollars and cents. And while the cost of clean energy technologies has fallen dramatically in recent years—allowing renewable energy to become cost competitive or cost advantageous compared to fossil fuels—speeding up the transition to net zero energy would benefit from a more nuanced understanding of costs—the externalities, and the urgency. 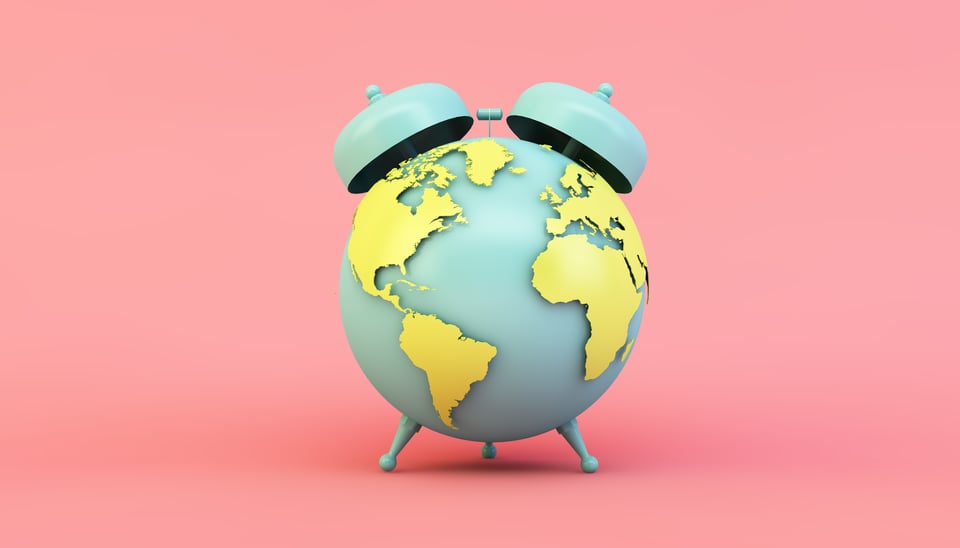 And these questions aren’t purely hypothetical—they are real factors being modeled and measured, such as the findings that:

However those costs are externalities, meaning they are paid collectively by society rather than by those responsible for carbon emissions and our warming oceans. To fight this disconnect between cause and effect, though, the concept of the social cost of carbon (SCC) was created and continues to grow in prominence.

What is the Social Cost of Carbon?

The first instance of an officially calculated social cost of carbon (SCC) came from the George W. Bush Administration, when the Environmental Protection Agency and the Department of Transportation each began estimating the impact of carbon emissions and by quantifying the monetary costs when evaluating projects.

Finally in 2008, the U.S. Courts officially mandated that the economic impacts of climate change must be considered when conducting regulatory cost-benefit analyses. As a result, the U.S. government today defines the social cost of carbon as:

“A measure, in dollars, of the long-term damage done by a ton of carbon dioxide emissions in a given year. This dollar figure also represents the value of damages avoided for a small emissions reduction (i.e., the benefit of CO2 reduction).

As outlined by the Columbia Climate School, SCC calculations are determined via complex computer models that factor in:

The SCC models do not consider hard-to-quantify geopolitical conflict impacts, climate-driven societal changes, the consequence of climate migration, and other less understood (but equally relevant) climate risks. Today, the exact social cost of carbon used is a source of regular analysis, debate, and updates, and those debates have raised in prominence such that they tend to make news.

How is the Social Cost of Carbon Integrated?

In 1981, Ronald Reagan dictated that all federal rulemaking processes must integrate rigorous cost-benefit analyses. While those processes didn’t initially consider carbon emissions, the aforementioned court decision in 2008 made it so that all relevant federal rulemakings must incorporate the evaluation of the carbon impact of federal action, quantified in financial terms.

SCC is utilized beyond matters of the U.S. federal government. The SCC also commonly appears:

The Role of Energy Storage in the Clean Energy Transition

In the shift towards clean and renewable energy, the most cited challenge is the intermittency of wind power and solar energy. In other words, because wind turbines only produce energy when the wind is blowing and solar panels only produce energy when the sun is shining, these resources are considered “intermittent.” This intermittency reduces our ability to fully transition to renewables. While these generation sources reduce carbon emissions, they cannot always be deployed on demand. 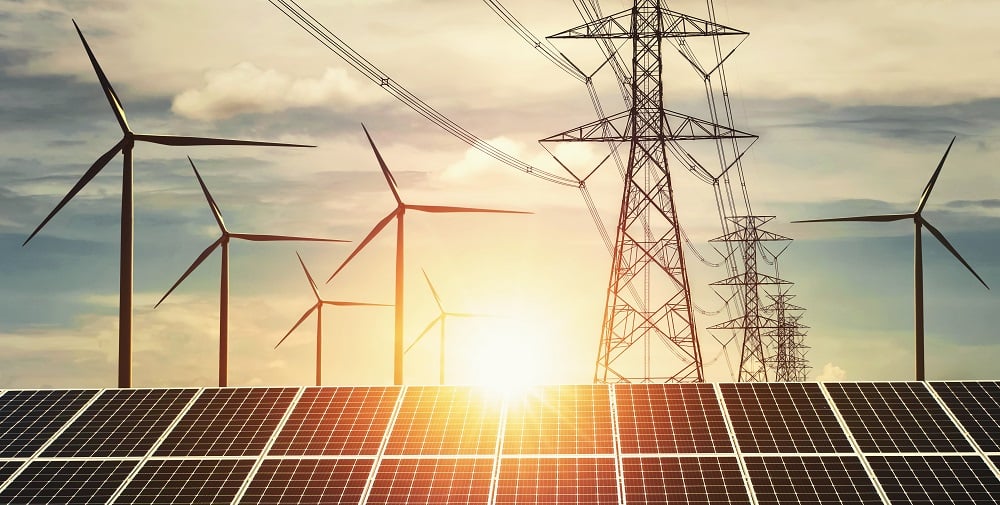 In this shortfall, though, energy storage (most often in the form of battery storage) becomes the most promising decarbonization technology for the coming years. With energy storage, wind and solar energy are no longer available only at the exact moment of generation. Instead, renewable energy can be generated and stored in batteries until it is most needed, such as during peak demand hours (e.g., the early evening when people engage in energy intensive activities) or amid unexpected grid outages

Better, when batteries store carbon-free power, they can deploy solar generation to the grid at night, reduce the need to fire up fossil fuel plants during high demand, and amplify the impact potential for renewable energy installations.

In other words, energy storage is the ideal complement to renewable energy. Batteries multiply the ability of renewables to displace fossil fuel and reduce carbon emissions, while simultaneously increasing grid reliability.

How Energy Storage Supports the Social Cost of Carbon Calculations

Comparing solar PV to a combined solar-plus-storage system shows that the solar-plus-storage system reduces a local grid’s emissions even more and thus increases its value. When the benefits of a large-scale renewable energy project are evaluated, particularly when incorporating the SCC, energy storage should also be explored. Incorporating the SCC adds to the costs assumed for fossil fuel plants, making renewable energy more compelling on its own and most compelling when paired with energy storage.

Evaluating opportunities to transition to net zero requires a more comprehensive and accurate methodology that assess financial and societal costs.

Convergent was founded over a decade ago, in 2011. Our mission has not wavered: build an energy landscape that is less expensive, more reliable, and increasingly sustainable—one that benefits our employees, customers, communities, and planet. 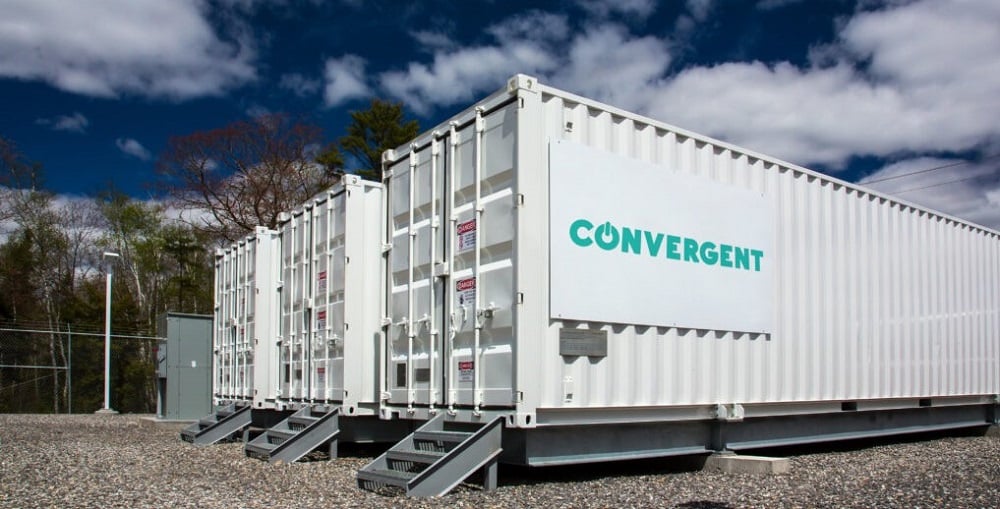 In fact, Convergent was one of the first privately held companies to procure an official ESG Risk Rating, as we seek to walk the walk regarding responsible and sustainable business practices. Having been designated ‘low risk’ by rating agency Sustainalytics, we’ve improved year-over-year and we are committed to continuous improvement.

If you’re looking to reduce your carbon footprint and embrace critical ESG principles, Convergent can help. We’re accelerating the clean energy transition through AI-powered energy storage … and we’re ready to partner with your organization.

Whether you’re measuring the social cost of carbon, looking to improve your ESG performance, or simply looking for cleaner, cheaper, more reliable energy, Convergent’s energy storage and solar-plus-storage solutions are the key to unlocking the future of energy.

Contact us today to learn about energy storage at your organization. 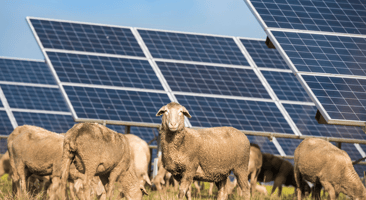 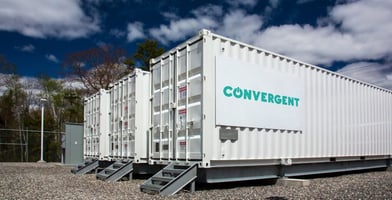 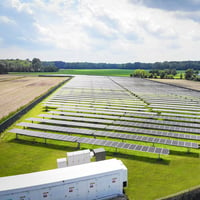